On PG&E and the 2019 Autumnal Wildfires

If anything, visit and support Let’s Own PG&E. 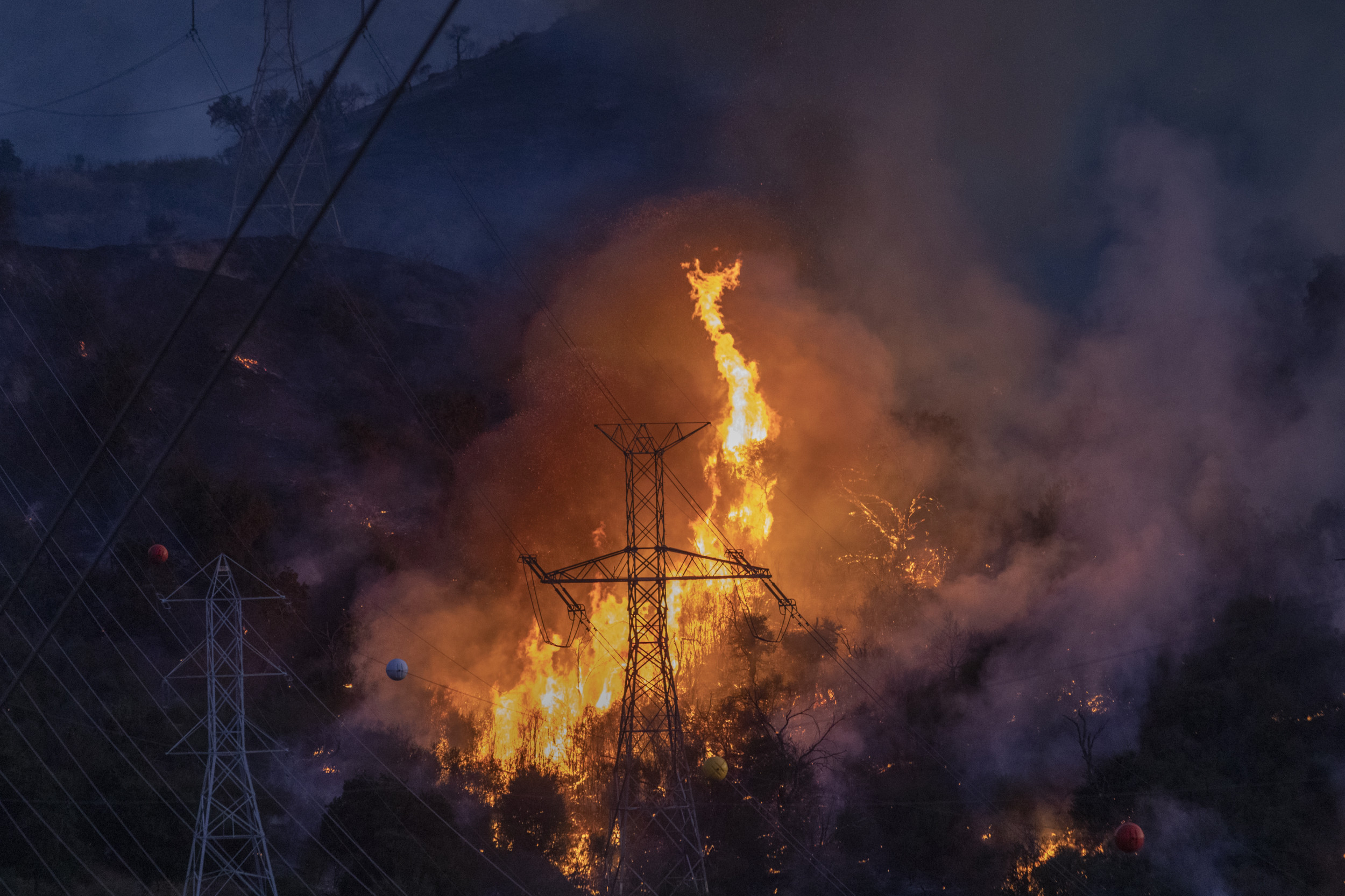 For what it’s worth, I started writing about PG&E’s rolling blackouts a week ago, before the Kincade fire – a recurring theme in these end times is how the urgency of disasters outpaces our ability to comprehend it. But, really, this is another tragic story in the ever-perpetual saga of corporate interests over individuals that pollute and incinerate our environment. It’s certain: climate change is straight up going to kill us soon. Although I prefer it to be as graceful as possible, it’s especially accelerated and cruel, because privatized interests make us feel like it’s our fault (see: plastic straws, neoliberalism, late capitalism), leaving us literally and figuratively powerless, all the while the state continues to bail them out. 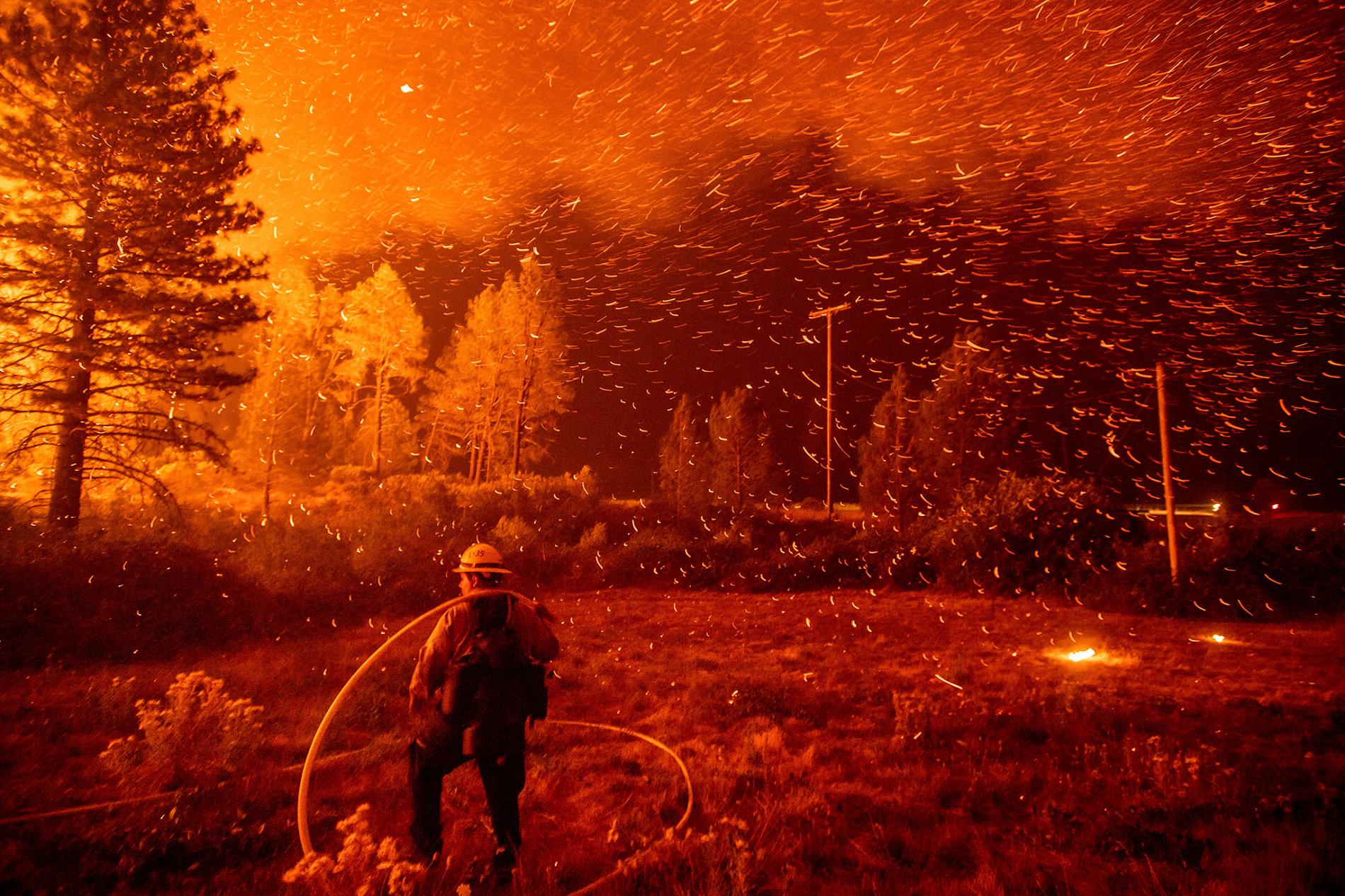 PG&E, the investor-owned utility which provides power to most of California, is the cause of these wildfires (even if this is unsubstantiated, trust me, they are). They’ve always been fucked up. Remember the movie Erin Brockovich (2000) that scored Julia Roberts an Oscar? PG&E was that very corporation that polluted that town’s water. They were also liable for many of the major wildfires in 2017-2018, damages totaling over $30B. They passed off half of this cost to customers by raising rates. And soon thereafter, PG&E declared bankruptcy, effectively giving it another lifeline which let them handicap renewable energy contracts. This evil sustains itself by extinguishing better forms.

But let’s get back to the present: right before these recent fires, PG&E decided to shut off power to about 3 million people, as a supposed precaution to reduce these very wildfires with the boardroom-friendly label of “public safety power shutoff” (PSPS) events. When notifying people of this shutoff, PG&E’s website crashed attributed to “glitches”, all the while top execs of the company were wining-and-dining at a private Sonoma vineyard. Nonetheless, the sparks from their ill-installed power lines still caused devastating and presently ongoing fires across California. PG&E’s passive-aggressive blackout arises from their game of risk calculations for profit: it costs less for them to fuck people over than enact a real plan. The blackouts make it harder to measure the physical impacts of these disasters, as it has disabled air quality monitoring stations. PG&E created a disaster to conceal the effects of their other disaster, just like when Trump withdrew troops to bury the impeachment story: simple hand waving distractions that cause their overlapping shocks and ripples. 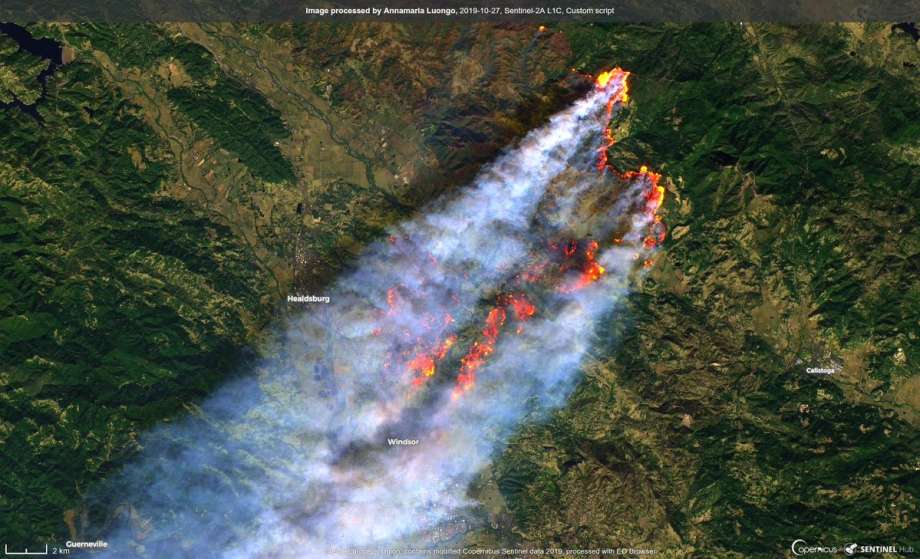 These wildfires and blackouts are not inevitable crises; they are the result of a utility that prefers returns for its shareholders (even when it’s at $7, down from $70 just 3 years ago lol) over public safety. They balance their spreadsheets and conclude that it isn’t profitable to replace bad, extraneous infrastructure and resist transitions to more local and cleaner energy. PG&E imports their energy from hundreds of miles away on shoddy lines because, like all monopolies, they prefer to maintain their old ways as a state of confusion which bears exhaustion on us. The dominant institutions of our time gaslight us.

There are alternative models: one being decentralized systems that are owned and operated by the public. It’s not perfect, but it provides more checks and balances than the private model. In formulating a world where we can still exist, we must combine our ecology with our economy and privilege sustainability in what we define as value. Although some of the blame could be attributed to the suburban and exurban sprawl, by extinguishing the malpractice of this single source would alleviate a larger portion of the bill. Stop bailing out the shitty corporations! People are dying. PG&E is making money off affiliate links for power generators. They leave homes in the dust so they can spare Big Tech. The governor isn’t doing anything about it. It’s affecting other utilities–like cell service. The air quality is messed up and smoke can be seen from space. Inmates risk their lives for $2 a day fighting these fires. 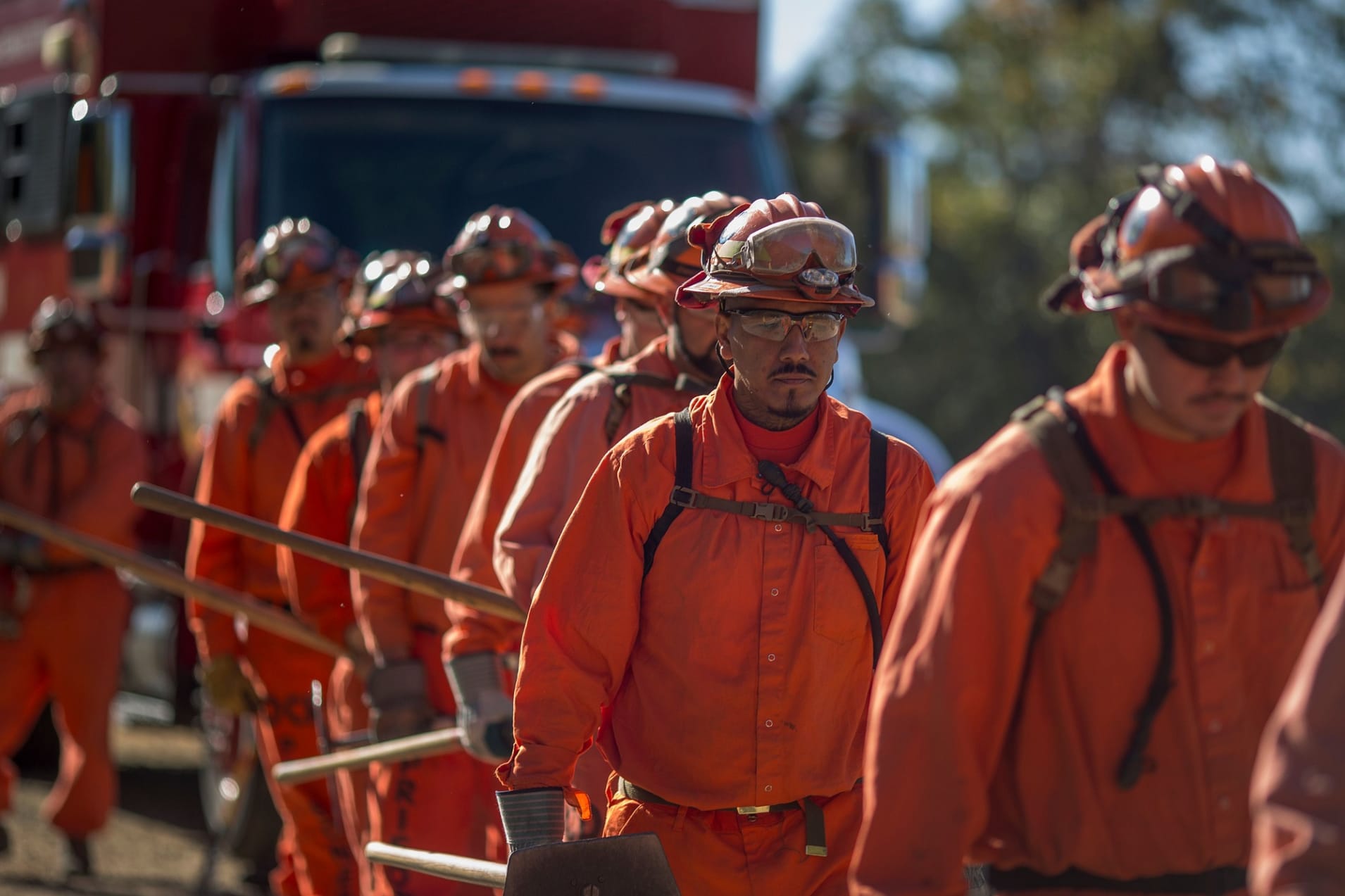 Our problems seem to sometimes feel like they only exist online, images with their re-posts & comments streaming from our feeds, the digital furthering the distance of the most pressing issues surrounding us. But we still live in a very elemental world: electricity and fire are some of its most basic materials. The dangerous interplay of private profit over public risk that still pervades our world must be reconstituted to fit the persistence of our earthly existence. I don’t care if you use plastic straws; we should instead be using that guilt to advocate for bigger imaginations of what our economy and its structures could be. Humans have always shaped the elements and it is time to configure them to benefit the public good. 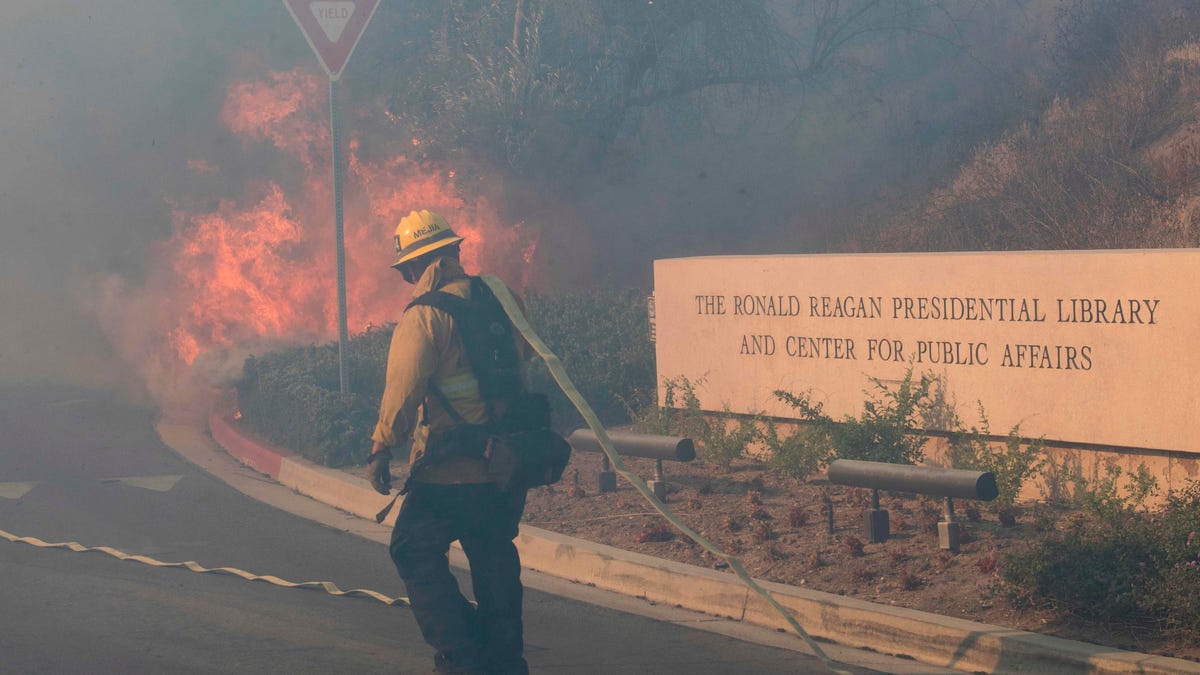 Irony that the Ronald Reagan Presidental Library was threatened, just the thought that the harbinger of the modern-day neoliberal agenda being consumed by a physical manifestation of its own ideology.